20th Century Media: 1920s & 30s Entertainment for the People (The History of Communication & Information Technology and How it has Changed the World We Live In)

Bad News at Black Rock: The Sell-Out of CBS News 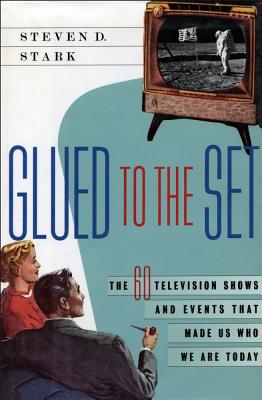 Glued to the Set

Call it literate fun. Ranging from the 1940's to the 1990's and focusing on 60 programs that will surprise you, Stark comments on TV history in a smart, pithy voice and reveals how as a nation we've moved from Lucy and Ricky to Roseanne and Dan; from Howdy Doody to Sesame Street -- and what that says about us.You may think you know television -- but when Steven Stark is finished pushing your buttons with fighting words and brilliant insights, you'll see what television has done to us as a nation in a whole new way. From Beaver to Roseanne, Ed Sullivan to Oprah, Monday Night Football to MTV,... View more info

Here at the New Yorker

Little Wonder or, the Reader's Digest and How it Grew

News on the Air

Onward and Upward with Communications: Press, Radio, Television, Periodicals, Public Relations, and Advertising as Seen Through Institutes and Special Occasions of the Henry W. Grady School of Journalism 1960-61

The Camera Never Blinks: Adventures of a TV Journalist

The Conscience of the Newspaper: A Case Book in the Principles and Problems of Journalism

The Great American Magazine: An Inside History of Life

In 1851 Julius Reuter moved from Berlin to London where he and his staff of one office boy set up the telegraph office that was to evolve into one of the most powerful news agencies in the world. For over a century, Reuters, as it came to be named, was the news agency of the British Empire, committed to providing "truth in news" and doing so quickly, two standards of reporting that it maintains to this very day. And for over 150 years, Reuters has been a part the great revolution in world communications, from the days of overland and undersea telegraphs, to modern computer links and satellites... View more info