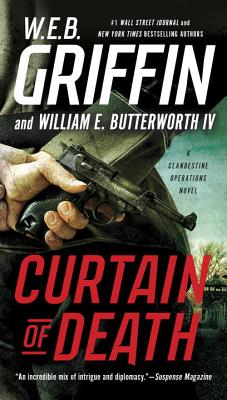 From #1 New York Times-bestselling author W.E.B. Griffin comes a dramatic thriller in the Clandestine Operations series about the Cold War, the fledgling Central Intelligence Agency--and a new breed of warrior. January, 1946 Two WACs leave an officers' club in Munich, and four Soviet NKGB agents kidnap them at knifepoint in the parking lot and shove them in the back of an ambulance. That is the agents' first mistake, and their last. One of the WACs, a blonde woman improbably named Claudette Colbert, works for the new Directorate of Central Intelligence, and three of th...
View More...

The Destroyer #11: Kill or Cure

The Destroyer #45: Spoils of War

The Destroyer: The Color of Fear

The Dance of Shiva