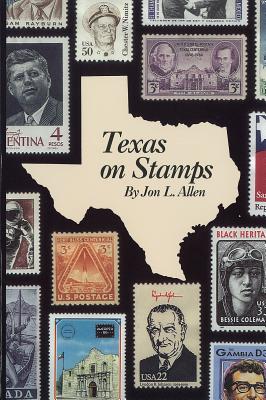 From explorer Cabeza de Vaca, who was shipwrecked on Galveston Island in 1528, to singer Willie Nelson and baseball superstar Nolan Ryan, Texas history, the people who made it, and the places it was made come alive on postage stamps. In over a hundred entries, Texas on Stamps displays stamps from the United States and foreign countries; the stamps are accompanied by explanatory text.

First issued in May 1840, postage stamps soon became collectibles. Until about 1900, most portrayed reigning monarchs or, in this country, former presidents. Then pictorials were introduced featuring events, places, animals, any subject of national significance. Rather than collecting stamps by countries, some philatelists began topical or thematic collections. Published in the year of the Texas Philatelic Association's centennial, Texas on Stamps offers an unusual way to look at Texas history and a guide for topical collectors.