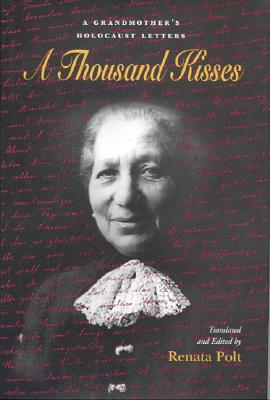 These letters to a beloved son and his family tell the poignant story of one woman's life in Nazi-occupied Prague and help explain why some Jews stayed behind.

Henriette Pollatschek was 69 years old when the Nazis marched into Prague, where she and her daughter had sought refuge after fleeing their German-held homeland in northern Bohemia. Henriette's son and his family had already escaped to Switzerland and later to Cuba and the United States. At each step of the way, her family urged Henriette to join them. But in the face of what was then only a vague and, to many, unbelievable threat of danger, she was unwilling to abandon her financial independence, her accustomed way of life, and the familial objects she had gathered over a lifetime. As living conditions for Jews worsened in Nazi-occupied Prague, however, Henriette began to have second thoughts. Her letters to her son and his family in Havana reveal an increasingly desperate situation as the obstacles to escape mounted while living conditions eroded. Ultimately both Henriette and her daughter perished.

Henriette Pollatschek's letters provide a detailed picture of the lives of Jews in Prague during the war years: the evictions, the food shortages, the worries about livelihood, and the increasing prohibitions and regulations, as well as the brave and cheerful attempts to maintain a normal life and bear hardships. Henriette's letters also help explain why more Jews did not escape. As Renata Polt, Henriette's granddaughter, concludes, "Who could imagine a Holocaust?" Translated, edited, and annotated by Polt and illustrated with intimate family snapshots, this book brings the horrors and dilemmas of the Holocaust alive in a moving, personal account while answering pertinent historical questions about the motives of Jews who stayed behind.

Renata Polt is a free-lance writer and film critic living in Berkeley, California.