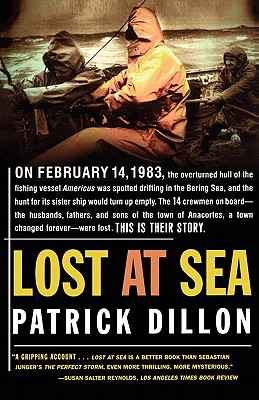 On February 3, 1983, the men aboard Americus and Altair, two state-of-the-art crabbing vessels, docked in their home port of Anacortes, Washington, prepared to begin a grueling three-month season fishing in the notorious Bering Sea. Eleven days later, on Valentine's Day, the overturned hull of the Americus was found drifting in calm seas, with no record of even a single distress call or trace of its seven-man crew. The Altair vanished altogether. Despite the desperate search that followed, no evidence of the vessel or its crew would ever be found. Fourteen men were lost. And the tragedy would mark the worst disaster in the history of U.S. commercial fishing.
With painstaking research and spellbinding prose, acclaimed journalist Patrick Dillon brings to life the men who were lost, the dangers that commercial fishermen face, the haunting memories of the families left behind...and reconstructs the intense investigation that ensued, which for the first time exposed the dangers of an industry that would never again be the same.