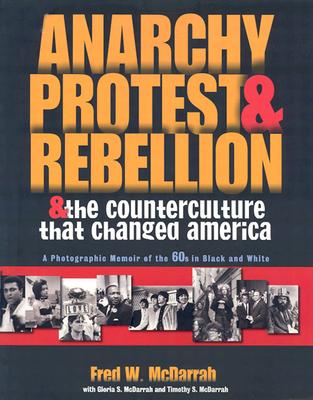 In a work of defiant ambition culled from over 5,000 photographs, Fred W. McDarrah's Sixties presents America's most tumultuous decade through the eyes of one man. As staff photographer for the leading counterculture weekly the Village Voice, McDarrah was everywhereand he photographed everything and everybody. From the 1968 Democratic National Convention in Chicago to the Newark riots; from the Beatles' first American press conference to Andy Warhol's Factory; from Woodstock to the closing of the Fillmore East; from Broadway to Stonewall to Harlem to City Hall, Fred's award-winning pictures capture the struggle and the promise of the sixties and define a generation. Many of these photographs have never been published, or were seen only once in the Village Voice, where for forty years McDarrah ran the photo desk. A number of his portraits, like those of Allen Ginsberg, Bob Dylan, and Abbie Hoffman, have become some of the most celebrated icons of their subjects. These pictures represent a depth and breadth of public and private events and emotions, a view both political and startlingly intimate that is rarely found in the work of one mana powerful synthesis of American photojournalism, cultural and political documentary and, despite McDarrah's modest protestations, art."

Title: Anarchy, Protest, and Rebellion: And the Counterculture That Changed America