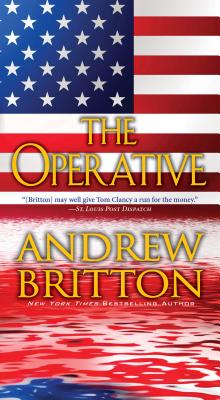 After more than a decade on the deadly front lines of the war on terror, Ryan Kealey believes he's finally put danger behind him--and some of his demons to rest. But his calm is shattered when he's swept into a merciless terror attack during a charity gala in downtown Baltimore. Among the dozens of casualties is the wife of CIA Deputy Director John Harper. With normal channels of investigation obstructed, Harper turns to Kealey, the one man with the resources, expertise--and freedom from government interference--to pursue the awful truth.

Following a string of secrets and violence, Kealey blazes a trail from the confines of the innermost chambers of government and big business to the dimmest reaches of the human psyche, forced to match wits with a new nemesis aided by new allies, each with a unique agenda. Slowly, Kealey unspools an unimaginable conspiracy that suggests America may in fact be its own worst enemy. " Britton] may well give Tom Clancy a run for the money." -St. Louis Post-Dispatch "No-holds-barred action and gripping suspense." --Library Journal on The Exile "The 'best' of Tom Clancy, Michael Connelly, and Robert Ludlum all rolled into a single book." --armchairinterviews.com on The Assassin "Brilliantly well-written with plotting sharper than a fence full of razor wire, a sizzling page-turner." --Brad Thor, New York Times bestselling author on The American