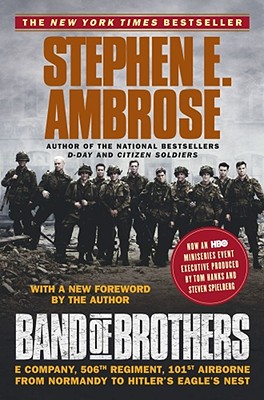 As good a rifle company as any in the world, Easy Company, 506th Airborne Division, U.S. Army, kept getting the tough assignments -- responsible for everything from parachuting into France early D-Day morning to the capture of Hitler's Eagle's Nest at Berchtesgaden. In "Band of Brothers, " Ambrose tells of the men in this brave unit who fought, went hungry, froze, and died, a company that took 150 percent casualties and considered the Purple Heart a badge of office. Drawing on hours of interviews with survivors as well as the soldiers' journals and letters, Stephen Ambrose recounts the stories, often in the men's own words, of these American heroes.