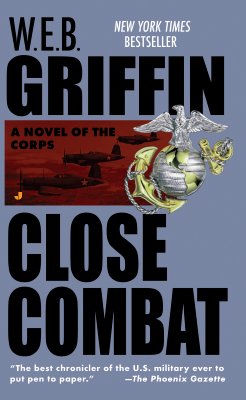 CLOSE COMBAT is W.E.B. Griffin's epic novel of World War II--a powerful, dramatic tribute to the brave men and women who lived it...The captain who led his squadron in to the fiercest air battles of the Pacific. The correspondent who learned more about combat than he bargained for. The Marine who embarked on a top secret mission from which there was no certain return...