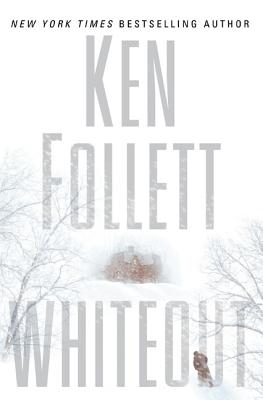 Like no other suspense author in his genre, Follett reinvents the thriller with each new storyline. But nothing matches the intricate, knife-edge drama of "Whiteout,"

A missing canister of a deadly virus. A lab technician bleeding from the eyes. Toni Gallo, the security director of a Scottish medical research firm, knows she has problems, but she has no idea of the nightmare to come.

As a Christmas Eve blizzard whips out of the north, several people converge on a remote family house. Stanley Oxenford, the research companyas director, has everything riding on the drug he is developing to fight the virusabut he isnat the only one: His grown children, who have come to spend Christmas, have their eyes on the money it will bring; Toni Gallo, forced to resign from the police department in disgrace, is betting her career on keeping the drug safe; a local television reporter, determined to move up, has sniffed the story, even if he has to bend the facts to tell it; and a violent trio of thugs is on its way to steal it for a client already waitingathough what the client really has in mind is something that will shock them all.

As the storm worsens, the emotional sparksajealousies, distrust, sexual attraction, rivalriesacrackle; desperate secrets are revealed; hidden traitors and unexpected heroes emerge. Filled with startling twists at every turn, "Whiteout" rockets Follett to a class by himself.