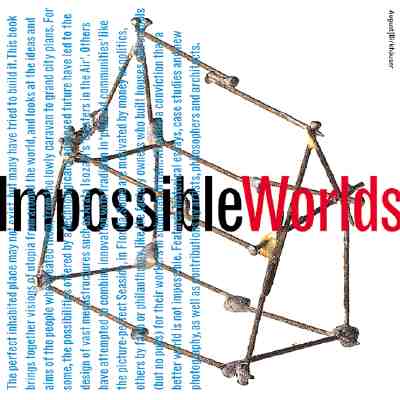 This book brings together visions of utopia from around the world, from the lowly caravan to grand city plans, and looks at the ideas and aims of the people who created them. For some, the possibilities offered by a technologically advanced future have led to the design of vast megastructures such as Arata Isozaki's 'Clusters in the Air'. Others have attempted to combine innovation with tradition in "planned communities" like the picture-perfect Seaside, in Florida. Some are motivated by money or politics, others by faith or philanthropy, like the factory owners who built houses and schools (but no pubs) for their workers in suburban Britain. All share a conviction that a better world is not impossible. "Impossible Worlds" features historical essays, case studies and new photography, as well as contributions by artists, philosophers and architects